All religions are anti-Women

suba said:
But I would like to know which scriptural quotes are used today by Christians to support their beliefs on women – is it Jesus or Saul/Paul?
Click to expand...

Why do you assume a difference? I would suggest the Pauline texts deal with specific situations in light of 'love one another': "Husbands, love your wives, and be not bitter towards them" (Colossians 3:19); "Husbands, love your wives, as Christ also loved the church, and delivered himself up for it ... So also ought men to love their wives as their own bodies. He that loveth his wife, loveth himself" (Ephesians 5:25,28).

What are your beliefs on women, and what quotes do you use to support them?

A survey of the evidence says the Pauline Christian communities were more 'open-minded' than the traditional Jewish communities from whuich they sprang. It was Paul who challenged the Jewish customs regarding the treatment of women, after all. Jesus didn't ... except on the point of divorce.

Jesus' own mother went to live in a Pauline community (Ephesus).


suba said:
The fact that Jesus faced the world around the same time and did not give in to the same pressure you say Saul/Paul was having to contend with shines a little bit more light on the distortion Saul/Paul introduced into the Christian world.
Click to expand...

You think Paul gave in to pressure? Sorry, Suba, but do you actually know anything about Paul and the Christian world at all? Paul's contribution to the growth of the Church is without equal. No-one would ever say that Paul 'gave in to pressure' — he argued with the disciples, he argued with Peter, the Jews were out to kill him, he caused a riot at the Temply, so the Romans had to step in and rescue him, and then he went straight out and started another one!

Wherever you got your info on Paul from, it's wrong.

The difference as I see it is that Jesus took no crap off anyone, whereas Paul would try and win the people round to the Gospel. Jesus was very much 'take it or leave it' — and many choose to leave (John 6:68). Paul argues, exhorts, pleads ...


suba said:
It might even be reasonable to say, that if Saul/Paul was not part of the Christian world women would actually be ahead of the game, being that they were already teaching, building churches, and doing all the things men were doing back then.
Click to expand...

No, that would be completely unrealistic. If Paul was not part of the Christian world, then the position of women would be the same as Second Temple Judaism, which was pretty poor all round.

Remember that Jesus never sent a woman to preach the Gospel. Paul did, so I don't see how you can come to the conclusions you do. Paul defended the rights of women to play an active part in the Church. Peter, James and John certainly didn't, and women seemed to play no part in Jesus' ministry, other than funding His travels!


suba said:
The church fathers, using Saul/Paul's writings were given the means to take away the women's role in the church ...
Click to expand...

And you're saying this based on what?

I would suggest the misogyny evident in the Fathers derives from the Old Testament notion of Eve as the downfall of man, rather than any misinterpretation of Paul.


suba said:
– and now we have to fight for women to preach the Word – yea, thanks a lot for that one Saul/Paul!
Click to expand...

Who are 'we' exactly? You've already said you're not a Christian, so I don't see you fighting on anyone's behalf, other than your own. And your grasp of Christian history is, dare I say it, sketchy and seems to rely on a great deal of unfounded assumptions.

Sorry, Suba, but unless you can back these opinions up with actual evidence, it seems to me you've really got the wrong end of the stick about a lot of things.

It all comes down to personal experience. I know the west has given women many rights. I have lived in a few different Christian communities and it has always been Saul/Paul's quotes used to bring women into a specific role (see early posts for examples). All this discussion does nothing to change my personal experiences. Women, both on my Catholic side and on my Baptist side hold the same traditional beliefs on women – at least – from my experience. Maybe from the larger perspective Christianity is doing great when it comes to women's equality in society and home – but not from my personal experience. And once again – it was always Saul/Paul's writing to justify it. Maybe it is a generational thing – maybe things are changing from within. Our times are changing. Maybe the churches are forced to change with the times, and if not, they start losing congregations? Who knows?

suba said:
It all comes down to personal experience.
Click to expand...


suba said:
... it has always been Saul/Paul's quotes used to bring women into a specific role... All this discussion does nothing to change my personal experiences.
Click to expand...

I am suggesting those interpretations are expressed in somewhat narrow terms. Your exposure to the doctrine seems overly 'dogmatic' to me, if not actually fundamentalist.

In my experience, as a European, I find 'American Christianity' seems more Old Testament than New, with a greater emphasis on punishment than forgiveness. And the various debates — creationism, rapture — it's all a bit naive. And the bombing of abortion clinics? How come a country which claims religious tolerance as a founding principle is the most intolerant country in the world?

The same argument, I suppse, that says the massacre of schoolkids is the acceptable consequence of the right to bear arms. Arming everyone else is the most ridiculous solution I've ever heard of.

To expect Paul to introduce a radical social programme that would be acceptable to a given 21st century outlook is simply asking too much. To apply the social norms of the 1st century to the 21st is equally mis-guided.


suba said:
Maybe it is a generational thing
Click to expand...

And sociological. Such debates in the US take on a flavour that reflect the American psyche more perhaps than the Scriptures they might claim guide it.

I don't agree that the Church silences women (some of our greatest teachers are women), but I do think that women are not represented in the Church's administrative structure (nor, indeed, are the laity, for that matter). But I don't hold Paul accountable for that.

Any Pauline text that one can employ to argue the subjugation of women, can easily be refuted by reference to that text as a whole.

And there's the problem: Take a text out of context and one can unwittingly construe an erroneous interpretation. You have to embrace the whole New Testament as a garment of a seamless weave, to understand it. Focus on this bit or that, and we run the risk of 'dividing the garment' of the Revelation of God (Psalm 21:19, Matthew 27:35, Mark 15:24, Luke 23:34, John 19:23-24).
A

suba said:
All this discussion does nothing to change my personal experiences. Women, both on my Catholic side and on my Baptist side hold the same traditional beliefs on women – at least – from my experience.
Click to expand...

By learning more about Christianity as a whole you can put your personal experiences in context. We shouldn't really judge such a large community as the Christians by the few hundred we have meet, should we? I certainly don't, I might be very disappointed.

In asheville NC you see women being disrespected in church??

And there is still more women in church than men? How do you explain that?

wil said:
In asheville NC you see women being disrespected in church??

And there is still more women in church than men? How do you explain that?
Click to expand...

There are a lot of abusive relationships within the church but all Christians can be considered women, I am joking BTW
R

The Gospel of Thomas gives full equality to women if they want it. The first such document in history, religious or not. Explicitly in #114 and the female disciples, Mary and Salome, are the ones that get it. The men, it's about 50/50.

What if the creatrix is a woman, Durga? Shaktas (worshipers of Shakti, lit. - the power).

The creatrix and her nine forms: 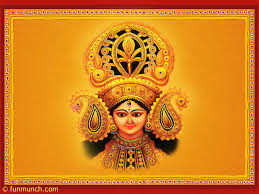 Aupmanyav said:
What if the creatrix is a woman, Durga? Shaktas (worshipers of Shakti, lit. - the power).

The creatrix and her nine forms:

GOD has a female counterpart that is one with him as well as being also a separate entity at the same time. This concept was embraced early on in history but the priesthood became male oriented and they banned the goddess from being taught about from the books. They even removed her from the books and anyone caught teaching or worshipping her were killed. Hebrew Goddess; Asherah, the Shekinah, consort of Yahweh
T


Religion:: A predefined framework of code and conduct to govern social life and fulfilling heavenly ideas.
Click to expand...

I like your definition of religion... While it doesn't encompass all aspects of religion, it does sum up the practical (worldly) aspect of it.

I think a big issue with the male/female thing is not the fact that males and females are GENERALLY DIFFERENT both internally and externally, which I don't think many people would argue with, but that the ROLES expected of men and woman are HEAVILY JUDGED.

That is to say that some people place a LOT of emphasis on money and not on family. This makes the (traditionally) male role of bread-winner seem more important and impressive that the (traditional) female role of caring for the children. I personally believe that the world would be more harmonious and work like a well oiled machine (versus the rusty machine that it seems to be) if everyone accepted and enjoyed their roles.

And if a female wants to work and a male want to care for the children and the couple comes to that agreement then great for them! (I do agree how it's annoying that chauvinist males often hold high positions in companies and make it difficult for the females working their way up, but that does make these females tough as nails!)

As a male, if my wife (and yes I'm married) wanted to work full time and i could stay home with the children (no I don't have any) I would LOVE to! (I really like kids) But alas! My place is to toil in the hot sun and I accept it haha

I guess what I'm saying is that we should have COMPLETE FREEDOM to choose... but that the BEST choice is usually to fulfill our gender roles as outlined in the Torah, Gospel, and Quran.