Model of The Karmic Wheel

Thus far I have construed the nature of the Karmic wheel to be utterly logical.By this quality alone it should be readily understood by anyone who wishes to explore it's workings.

I do not pretend to have wrought these ideas through an ego-based creativity of my own, but to have assembled it from the myriad clues that are presented to me by people and books, so this is a simple effort to gain understanding by assembling pieces of a puzzle into a pattern that could make sense. However I do not, now or ever will, claim that the picture I assembled is the correct rendition, it is simply my translation of what I see.

Through application of our desire to understand, and our logic, we will forever come closer to the actual nature of reality.

The configuration changes with new insights. At first I figured a circle consisting of Spirituality, Emotion, Cognition, Action, and Creation; Then I proposed adding Ego as the wheel's hub. 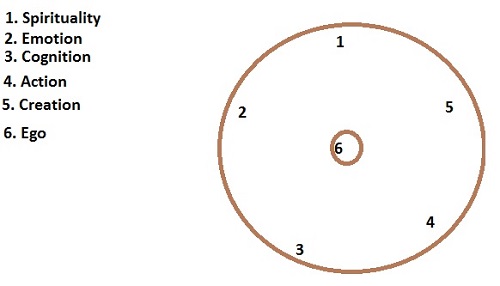 As the dual nature of these concepts worked on me I figured that in and changed the the two dimensional wheel into 3 dimensions with Ego at one end of the core and Spiritual identification at the other. 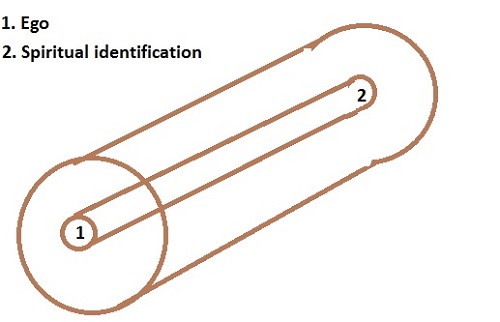 The core is supported by four spindle bearings that surround it. Each spindle bearing is a category of aspects with each aspect corresponding to a person's position between the extremities of the core. 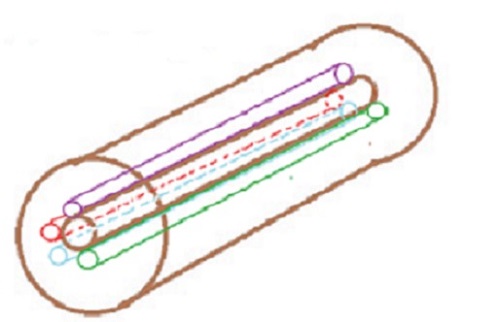 When the diagram is opened and spread out with two spindle bearings either side of the core, a sliding rule would connect individual aspects in one spindle with coresponding aspects on other spindles. 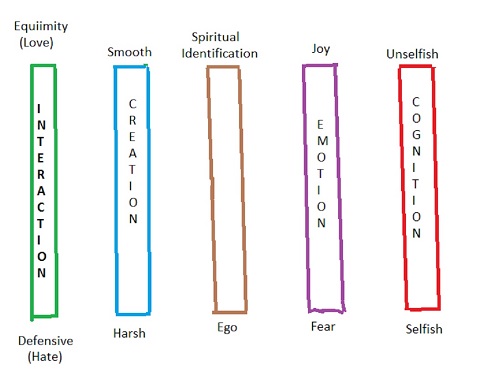 The four spindles are graduated as such:

Spindle #3 I labled Emotion graduated from Joy to Fear

Spindle #4 is labled Cognition and graduated from Unselfish to Selfish